What do falling oil prices mean for China, where the manufacture of electric vehicles is just getting started? Yu Jie reports

Yu Jie has worked as a communications strategist with chinadialogue and as a director of climate policy for The Nature Conservancy. 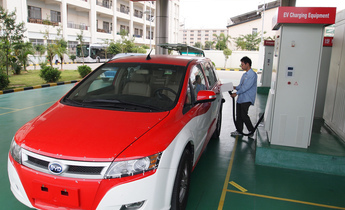 China’s sales of electric vehicles are at last picking up speed, but a faster roll-out of charging infrastructure and effective financial incentives are needed for a decisive shift, say experts