On December 12, global heads of state, mayors and business leaders gathered in Paris to celebrate the second anniversary of the Paris Climate Agreement. The One Planet Summit featured a range of high profile announcements on climate finance from governments, banks, business, and investors.

The United States is the only country not to have accepted the Paris Agreement so President Trump was reportedly not invited. But the summit shows that Trump’s position has not dampened global climate action. With the risks of climate change rising on the global agenda, momentum continues to build in finance and business, as well as by governments.

Shifting from coal to clean

One of the headline announcements was from the World Bank Group, which will stop investing in upstream oil and gas from 2019. This matters because according to recent data, it continued to spend on oil and gas after the Paris deal, investing around a billion dollars in fossil fuel exploration in 2016.

Momentum to phase out coal was also given a boost. The “Powering Past Coal” alliance led by the UK and Canada added Sweden and California to its membership, plus 24 new businesses. However, a major test will be whether it can sign up an emerging economy in Asia where much new coal investment is located.

In another major announcement, the 23 largest national and regional development banks agreed to align their finance with the Paris Agreement. The International Development Finance Club (IDFC) represents over 69 countries and holds assets of more than US$4 trillion (26.5 trillion yuan). Its largest member is China Development Bank, which had US$130 billion (860 billion yuan) of commitments in 2015.

Ensuring that finance from large public banks is in line with Paris is essential because public institutions can help to boost private investment in sustainable projects by reducing risks. For example, the State Bank of India highlighted a new partnership with the World Bank to provide new lines of credit for rooftop solar energy, which should encourage more investment in the sector.

The World Bank also announced it will apply a shadow carbon price on all projects in high-emitting sectors to take account of pollution costs. Former US Secretary of State John Kerry described pricing carbon as the “single biggest thing we can do” on climate change.

China was also in the spotlight at the summit. Top green finance official Ma Jun said that by 2020 “every listed company in China must disclose information on environmental impacts”. China may have a third of the world’s installed clean energy capacity, but the climate impacts of its overseas investments through its Belt and Road Initiative are causing concern. Ma Jun acknowledged that emissions from the Belt and Road “could be three times China’s emissions” if nothing is done.

There were numerous pledges from the private sector on pulling funding out of fossil fuels. French insurance giant AXA will phase out insurance for new coal construction projects and Dutch Bank ING will end coal lending by 2025.

Global investors also launched the five-year Climate Action 100+ to curb their emissions. Impressively, investors with more than US$26.3 trillion (174 trillion yuan) in assets have signed up.

Bank of England governor Mark Carney, revealed more than 230 companies have committed to the Task Force on Climate-related Financial Disclosures, representing a market capitalisation of over US$6.3 trillion (41.7 billion yuan). The Task Force recommends companies reveal information about harmful investment, which Carney said is now “entering the mainstream”.

Japan’s pension fund GPIF, the largest pension fund in the world, announced a “science based target” to reduce greenhouse gas emissions. Japan is aiming for 100 companies to have such a target by 2020, ensuring a reduction in fossil investments.

The new initiatives pose opportunities for Asia’s fast-growing cities. Signatories of the Global Covenant of Mayors, which include 34 cities in East and South Asia, represent more than 10% of the world’s population. This group announced a new climate partnership with the World Bank to invest US$4.5 billion (30 billion yuan) in 150 cities around the world. The European Bank for Reconstruction and Development will also invest heavily in cities following the launch of its Green Cities Climate Finance Accelerator.

With unprecedented hurricanes devastating several Caribbean islands this year, their leaders will now create the world’s first “climate smart zone” to implement an ambitious US$8 billion (53 billion yuan) plan, including 100% renewable energy. And thinking long term, Costa Rica, Ethiopia, Germany and Sweden were among 14 countries promising to develop plans to be carbon neutral by 2050.

Finally, China is expected to launch its emission trading scheme soon. As the world’s leading energy financer, China is pivotal to achieving the Paris Agreement. After these high-profile announcements by development banks, investors and insurers, attention will now turn to China and its efforts to green both its financial system and overseas investments.

Dr Helena Wright is a senior policy advisor at thinktank E3G, working on the reform of international financial institutions to deliver climate goals. 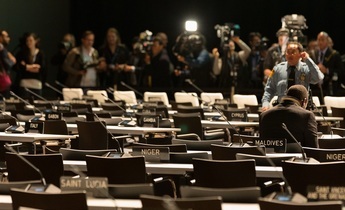 A lot of the climate finance promised to developing countries is being provided as loans not grants, writes Joydeep Gupta 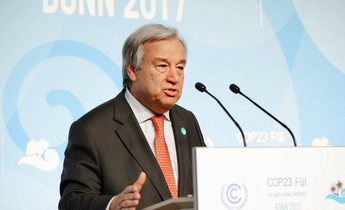 The negotiations failed a major test but there were some successes 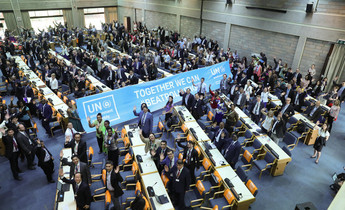 As the third assembly closed in Nairobi, a ministerial declaration and 13 non-binding resolutions were passed, reports Liu Qin 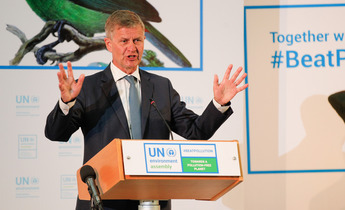 In Kenya representatives from government, science and business look for ways to protect the environment, reports Liu Qin 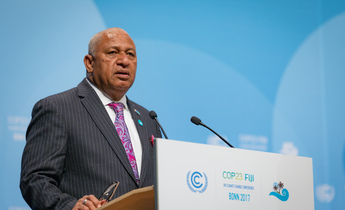 The US and EU are leading opposition to discussions, leaving India, China and other members incensed, reports Joydeep Gupta 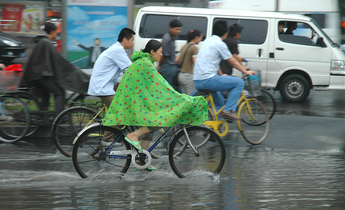