A new energy roadmap shows how China can expand its economy while decarbonising, but it must involve all sectors

China’s economy could grow six-fold by 2050 with renewable energy accounting for 69% of national electricity supply if it transforms its energy system and increases efficiency across the industrial, transport, construction and electricity sectors.

Reinventing Fire: China” claims that by implementing ambitious energy policies China could resume a path of accelerated GDP growth while lowering carbon dioxide (CO2) emissions 42% below the 2010 level by 2050.

The Chinese edition of the report, which was published without fanfare in Beijing in September, is jointly produced by China’s National Development and Reform Commission’s Energy Research Institute; the Rocky Mountain Institute, an independent environmental organisation based in the US; the Lawrence Berkeley National Laboratory, which conducts scientific research on behalf of the US energy department; and the Beijing-based Energy Foundation China.

The report provides a roadmap for improving China’s energy use and details specific improvements and development pathways for the industrial, transportation, construction and electricity sectors.

According to the roadmap, China could significantly reduce energy consumption through a range of measures such as investments in energy efficiency in industry and buildings and greater adoption of clean energy technologies, smart grids and storage

. The report models a rise in primary energy consumption of as little as 1% in 2050 compared to 2010 levels.

To give a sense of scale, in 2010 carbon emissions from China’s transportation sector were 640 million tonnes per year.

expressed concerns that given the current rate of growth in vehicle ownership in China, spiralling carbon emissions in the transportation sector could prevent the country from achieving a planned peak in CO2 emissions by 2030. However, the report predicts that if industrial energy consumption and coal consumption peak early (in 2020), it will be possible for China’s overall emissions to peak in 2025.

Hu Min, director of the Low Carbon Economic Growth Project at Energy Foundation China, told chinadialogue that the report’s modelling of future energy consumption was tested by a number of other research groups from different sectors. Min said the measures proposed are permissible and feasible both in policy and cost terms.
​
Jiang Kejun, a researcher with the Energy Research Institute (ERI), also claimed that the scenario put forward in the report is achievable.

Separate research from the ERI, the “


China 2050 High Renewable Energy Penetration Scenario and Roadmap Study”, went further to predict that renewable technologies could account for 86% of electricity generation in China by 2050, compared to 69% as modelled in Reinventing Fire.

“In 2007, the national development plan for renewables set a target of 1.8 gigawatts of solar power capacity – a target which the

13th Five-Year Plan increased to 160 gigawatts,” said Lu, who is confident that the next 35 years will see growth in renewable energy outstrip predictions.

“But this scenario won’t come about all by itself,” Lu added. The electricity sector, for example, has not yet adapted to fluctuations in the supply of wind and solar power, and much of that renewable energy is wasted.

A second round of reforms to the electricity sector will help renewables achieve a greater share of electricity generation. However, replacing fossil fuels with renewables will inevitably lead to closures of coal and gas-fired power plants, which is an obstacle to reform. Proper handling of job losses will be key to ensuring reforms proceed smoothly.

China and the planet do not need more growth -- green or otherwise. Scientists tell us we face a PLANET EMERGENCY. Either we drastically reduce resource consumption or we're doomed. If solar power is used just to produce ever more "economic growth": more disposable iPhones 7,8,9, electric cars, disposable shoes, clothes, furniture, ever-more pointless products from drones to hover boards to virtual-reality headsets, then all that solar power will be a total waste and only accelerate the destruction of life on earth. As I explained elsewhere the bulk of China's energy generation is wasted on producing goods and services the Chinese and the planet do not need: the endless waste stream of disposable products from China's coastal export industries, the ghost cities, the surperfluous high-speed trains, subways in villages, F-1 race circuits, the useless new industries like automobiles, pointless luxuries, and electronic junk that China (and the West), don't need and can't sustainably produce. China certainly needs to transition to renewable energy but more importantly it needs to reprioritize its entire economy. See http://www.paecon.net/PAEReview/issue71/Smith71.pdf.

Why did you not publish my comment on this article yesterday? 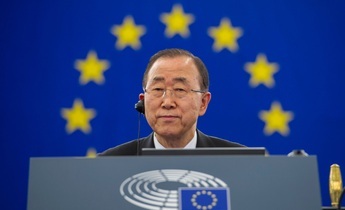 Paris climate deal to enter into force next month

With the climate treaty set to become international law on November 4, what are commentators from around the world saying? 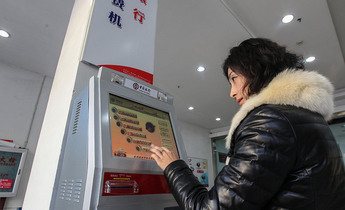 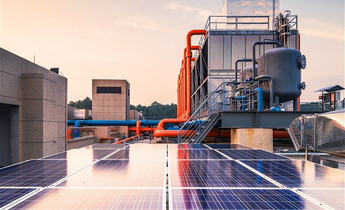 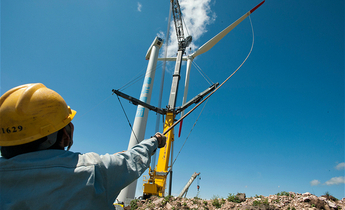