By catering to an affluent community cut off from the reality of the poor, the South Asian literary community hides the true costs of climate change

In Amitav Ghosh’s, “The Great Derangement”, the author has asked why one of the major issues of our time – climate change – has been neglected by the literary community. In South Asia the answer is easy to see. By catering to an urban, prosperous and global community, authors and publishers produce books that allow us to ignore the damage taking place in the lives of the marginalised. The literary community is not innocently unaware, but actively complicit in a process that allows us to ignore the damage that climate change is doing to the lives of the poor.

The poor pay the costs of climate change

Let us be clear as to what “the problem” is. Pollution is a classic example of market failure, where the true cost of a process is not caught in the price attached to it. The carbon dioxide generated by transport, deforestation to make way for roads, the costs of the plastic wrapping when it is disposed of, all of these are not part of the price in the cherries imported from Australia that you pick up at a grocery store.

These are what economists call “externalities” – costs or benefits paid by somebody who did not choose to be part of the transaction. And somebody does pay the cost of these externalities, whether it is a beautiful village in Sikkim threatened by a glacial lake or an influx of mosquitoes, or it is villagers in West Bengal suffering from arsenic poisoning. Frankly, you do not even have to go so far. The heat waves, which become more extreme every year, claim the lives of people living in the cities of South Asia all the time.

The striking similarity of all who pay the costs of these problems is that they are the poor, the people living in villages and the outer periphery. They are the marginal people of the countries – precisely the people that much of the literary community is not only divorced from, but is actively running away from. This is true across Asia, with very few books even touching on the subject of water.

The production of literature is measured by three main things: numbers of books sold, awards, and recognition both locally and globally through speaking activities at book festivals and the like. All of these, in one form or the other, exclude the participation of the very people most affected by climate change.

The myth of an aspirational readership

Working at one of India’s most widely read news magazines, I would often be frustrated when my editor shot down one story idea or other by saying, “This is not what our readers want.” In his mind, there was this mythical magazine reader that could afford to pay the INR 30 for the weekly shot of news we provided. This reader was not interested in what happened to the small town boys that became criminal dons in Bombay, nor was this interested in the lives of neglect most of India’s sportsmen lived in, no matter how many awards they had won – unless they were cricketers, of course. These mythical readers were interested, though, in the new Rolls Royce just launched in India, priced at about INR 40 million, or just about USD 1 million at that time, in 2007.

These mythical readers are also who the literary publishers cater to – aspiration, middle class consumers who are far more interested in wasteful spending, even if only in their imagination, than in sustainable living. The grim challenges – or even small victories such as Chhewang Norphel’s artificial glaciers in Ladakh or a technological breakthrough to create a new arsenic filter – related to climate change are not the stuff of novels that publishers feel will sell. It may be that they are right, but if these stories are not commissioned, if they are not published and promoted, how will we ever cultivate the authors that can tease out the complexities of life in this increasingly fragile environment?

The problem with literary awards

Beyond publication are the awards, and the major problem with these are that they are hardly any important ones within small countries. The “big names” of Indian fiction (and many of these are Indian only in origin, not by citizenship) – whether they are Salman Rushdie, VS Naipaul, Arundhati Roy, Aravind Adiga, Jhumpa Lahiri or Amitav Ghosh himself – have largely won awards out of the country. It is hard enough to translate the difference between the poor, or the rural to the rich and urban within India, to make the jump and be able to explain these issues to a “global” audience is nigh on to impossible. It is little surprise that Naipaul is unable to explain, or even comprehend, the rural areas he describes in his “Area of Darkness”. Adiga’s Booker Prize winning “The White Tiger”, does not even try, and calls the village from which the protagonist fled merely “the darkness”.

Roy’s and Ghosh’s books have local dynamics. In particular Ghosh’s earlier books such as the “Calcutta Chromosome”, “The Shadow Lines”, and “The Hungry Tide”, may pave the way to highlight the value of local dynamics, but for most new writers wishing to walk in the footsteps of the Literary Greats is to walk away, to the urban and the global. Cossetted in air-conditioned spaces which keep the rising heat at bay, they write for an audience similarly cosseted, and both ignore the slow tragedy unfolding outside.

Voices in the margins

The success of one type of fiction to directly address this issue – the ironic graphic novel,

“All Quiet in Vikaspuri” by Sarnath Banerjee, is the exception that proves the point. A tongue-in-cheek telling of a Delhi scarred by “water wars”, as the capital of India dries out and various middle class and upper middle class housing colonies face off in combat works because of how ludicrous it seems. The residents of these colonies do not have to look for water. They can imagine a scenario of travelling kilometres for the precious liquid only as satire.

Another type of fiction, undertaken in local languages, too shows promise. The work of Mahashweta Devi, one of the great Bengali authors, has consistently looked at the issues involving tribal communities and the marginalised poor. But even this type of literature – often called “regional literature” is often urban in nature, hiding the true costs of climate change playing out, in the dry fields, and the floods that hit the rural areas the worst.

There is the last refuge, that of book festivals and book launches, where authors meet a wider public (often trying to merely sell or publicise their books). These are paradoxical spaces, as they are at the intersection of the privileged and (theoretically) all the people who want to attend. While it is possible that uncomfortable questions are raised at such venues, it is also clear that such events need funds. When they turn to the very companies and enterprises responsible for polluting, and blatant destruction of habitat, it becomes hard to believe that the platform will criticise such practices. An ode to uninhibited consumption is unlikely to lead to stories of caution and restraint.

These structures incentivise the creation of a literature that discourages the exploration of the issues of climate change. They can change – just as feminist literature, once a marginal subject, became a part of mainstream literature. But they will change only when we recognise the problems, not just as the choice that individuals make, but also the incentive structures that help nudge literature in this direction. It is only then that we will be able to confront and change the terms of debate.


This article was first published on thethirdpole.net. 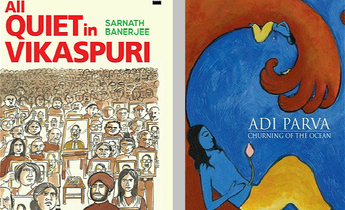 As climate change makes a greater impact on peoples’ lives, thethirdpole.net looks at how the writers of Asia have portrayed water 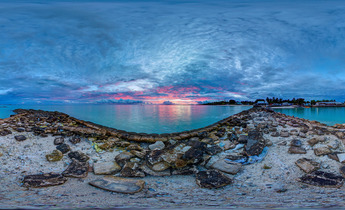 Why we do not hear the waters: Amitav Ghosh’s ‘Great Derangement’

In a slim volume, the celebrated Indian novelist asks questions about the role of literature in confronting the greatest challenge of our times: climate change 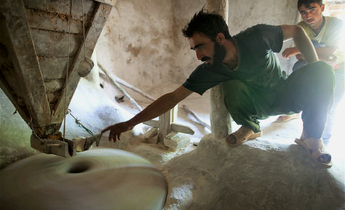 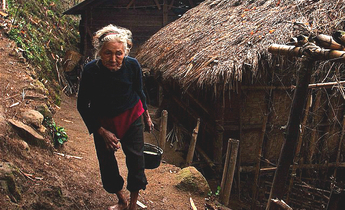 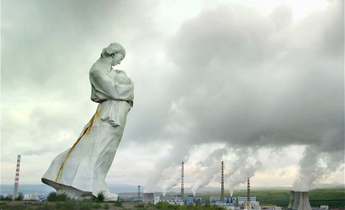 Top films on China and the environment

Our pick of some of the recent films on China and the environment, and a few classics thrown in